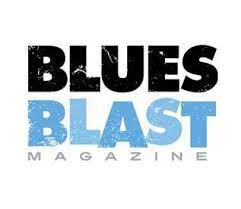 Most blues fans will be familiar with the story of Satan & Adam which has recently featured in a Netflix documentary. Mr. Satan (real name Sterling Magee) was a one-man band street performer in NYC who met harmonica player Adam Gussow in Harlem in 1986. They joined forces as Satan & Adam, made a brief cameo appearance on U2’s
Rattle And Hum in 1988, and enjoyed a run of three albums together before Sterling retired to Florida. Since then Adam has been based in Mississippi, establishing a fine reputation as a writer, teacher and performer. Since 2012 Adam has released two
albums on which he played harp and percussion with guitarist Alan Gross as The Blues Doctors. Adam has worked for many years on a film documentary about Satan and
Adam which eventually saw the light of day in 2018. One person who saw the film was
Roderick Patterson, a singer, dancer and motivational speaker who happens to be
Sterling Magee’s nephew. Adam and Roderick (who performs as ‘Sir Rod’) discussed a
collaboration which started out as a possible tribute to Sterling but became a larger
project, now realized as Sir Rod & The Blues Doctors. The three musicians offer us a
broad palette of music with four songs from the Satan & Adam repertoire, two new
originals and five covers from James Brown, Ray Charles, Rosco Gordon, Little Willie
John and Howling Wolf. Rod handles all vocals and plays piano on one track, Adam is on
harp and percussion, Alan on guitar; bass is added to two tracks by Jerry Jemmott and
Bryan W Ward who also engineered the sessions in Mississippi in early 2020.
The album opens with the impressive title track, an uptempo number which calls for
unity across the political divide and has been used by Common Ground Committee, a
social justice, non-profit organization whose motto “Let’s de-polarise and unite
America” is certainly well represented in this song co-written by Rod and Adam. Rod
has a solid, powerful voice which can adapt across blues and soul styles and works well
on “Sanctified Blues”, a Sterling Magee composition which has a sparse style wrapped
round a faster section for Adam’s solo. The rousing “Seventh Avenue” describes how he
lost a good woman because of his ‘fooling around’ and “I Want You” completes a trio of
Satan & Adam tunes with plenty of tough harmonica. The covers start with a short run
through “I Got You (I Feel Good)”, demonstrating that you can cover James Brown
without a big band and Rod sounds convincing. Rod again proves his worth as frontman
with a commanding performance on a down home country blues take on “Little
Red Rooster” before the uptempo RnB of “Heartbreaker”, a Little Willie John vehicle
back in 1960; Adam’s percussion really drives this one along!
Rod recalled his uncle playing a tune on the piano when he was a boy and used what he
remembered of that tune to write “So Mean” which he plays himself on piano with just a
little harp in the background. The minimal accompaniment works very well as Rod
ponders why his girl does not appreciate him and reckons that she will regret it when he
leaves. The stripped back piece makes a good interval before a thumping take on “No
More Doggin’”. The trio reprises “Freedom For My People” which was the Satan & Adam
piece featured on Rattle And Hum and closes the album with a great version of “What’d
I Say”, again demonstrating the Blues Doctors’ ability to adapt to different styles of
music. Adam plays brilliantly and Alan’s guitar is very clear in the mix on this track in
particular.
A thoroughly enjoyable album, well worth hearing.